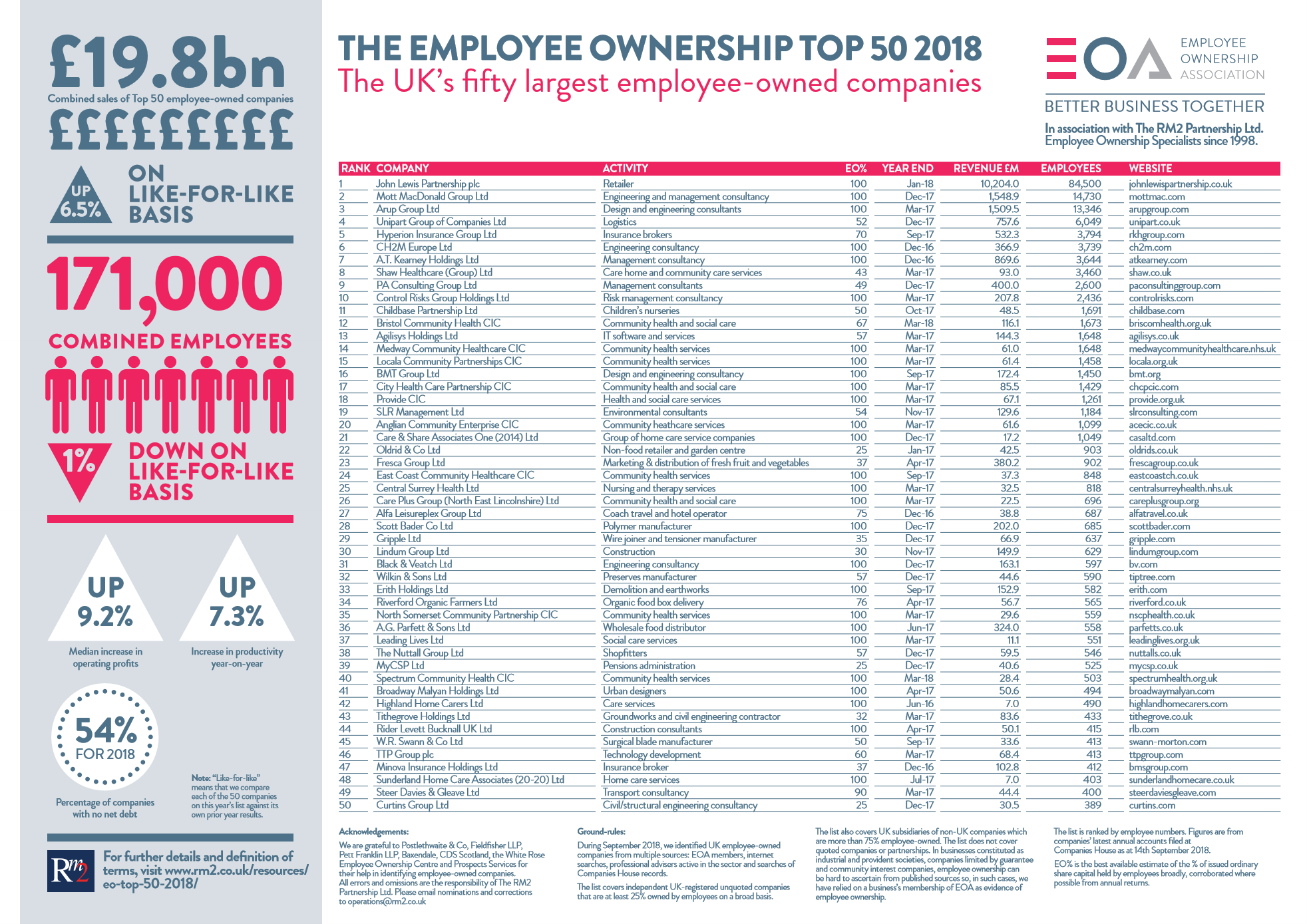 Criteria for exclusion: The list does not cover quoted companies, LLPs or partnerships. In businesses constituted as industrial and provident societies, companies limited by guarantee and community interest companies, employee ownership can be hard to ascertain from published sources so, in such cases, we have relied on a business’s membership of EOA as evidence of employee ownership.

Data collection: Several sources were used, including internet searches, lists of EOA members, Companies House searches and professional advisers active in the sector. Figures for employee numbers and revenues are taken from companies’ latest published annual accounts at Companies House. Estimates of the percentage of employee ownership in each company were sourced from the companies’ own websites or EOA or press reports, corroborated where possible from annual returns.